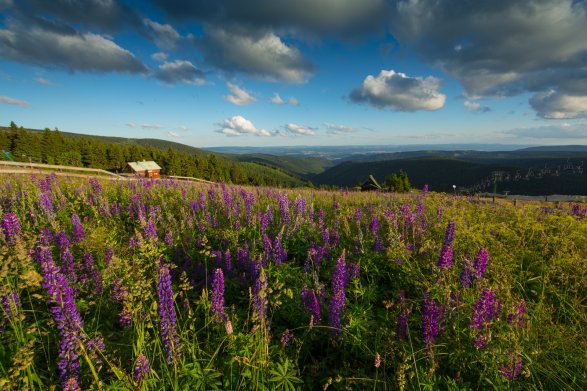 Boží Dar, a picturesque town in the heart of the Ore Mountains, is situated at an elevation of 1028m above sea level, which makes it a town with the highest elevation not only in the Czech Republic but also in central Europe.

The town nestled amidst pristine nature below the peak of the highest mountain Klínovec is an ideal place and a popular resort for winter sports, as well as for hiking and cycling in the summer season.

A Realm of Hikers in Summer

If you are hiking or Nordic walking enthusiasts, you will certainly appreciate the fact that the Ore Mountains offer dozens of kilometres of marked tourist routes and paths of various length and difficulty. Popular tourist destinations undoubtedly include the 3,200 m long nature trail leading through the Boží Dar Peat Bogs Nature Reserve with rare species of fauna and flora, the Blatná Water Ditch, a technical cultural monument and one-of-a-kind waterworks, Klínovce, the highest mountain on the Czech side of the Ore Mountains, the Jáchymov radon spa, and last but not least, the German spa town of Kurort Oberwiesenthal, which offers tourists numerous sports areas, the Fichtelberg Observation Tower, as well as other places of interest and activities.

With your children you can explore the Path of Baby Jesus, a themed nature trail offering a range of fun activities. The path consists of two routes. The shorter route for smaller children is 5,600 m long, the longer route is 12,900 m long and it is ideal for older children who are experienced hikers. Since 1994, Baby Jesus' Post Office has been open in Boží Dar where children and adults can throw their letters with wishes into a special mailbox throughout the year.

Cycling enthusiasts can explore 400 km of bicycle routes of different difficulty, some of which lead across the border to neighbouring Germany. The most popular route leads along the Ore Mountains Main Cross-Country Skiing Route, which is used by cross-country skiers in winter.

More demanding cyclists can test their skills on 4 downhill routes, on which downhill mountain biking cup events and the Czech championships are held every year.

In the winter season, the Ore Mountains are much sought after by especially for high quality ski runs and dozens of kilometres of cross-country skiing routes.

The surroundings of Boží Dar offer 120 km of well maintained cross-country skiing routes of different difficulty. The best down is obviously the Ore Mountains Main Cross-Country Skiing Route, frequented by bikers in summer and skiers in winter, which leads through the beautiful mountain countryside with forests and meadows and over the tops of the Ore Mountains. The 242 km route starts at Skalka water reservoir near Cheb in the west and ends in Sněžník near the town of Děčín in northern Bohemia.

Thanks to excellent snow conditions, you can enjoy a number of downhill courses in Boží Dar and its immediate surroundings, which offer various length and skiing difficulty suitable for children, beginner, as well as skilled and demanding skiers. In total, there are dozens of kilometres of ski runs with 19 ski lifts and 4 chairlifts.

Other winter fun activities include snowshoe walks, snowboarding, snow kiting, which is a brand new winter sport, and snowtubing, which is great fun for both children and adults.

Whether you decide to come to Boží Dar in summer or in winter, you will always enjoy lots of fun, adrenalin or, on the contrary, peace and relaxation in harmony with the mountain nature. 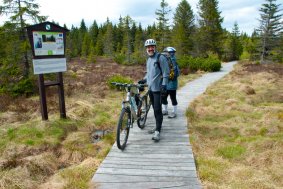 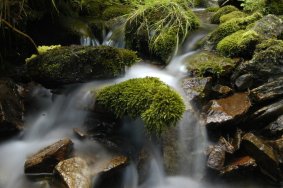 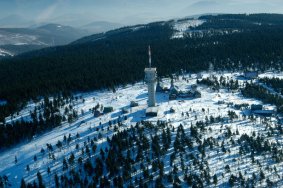 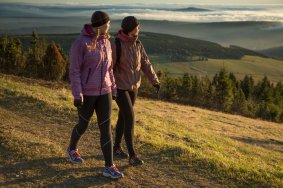